I Caved In To Peer Pressure…And Why Don’t We Talk Anymore?

So, I caved in to peer pressure and – in my desire to continue to proliferate my rabid consumerism – I now possess Microsoft’s latest gaming system, the XBox One.

I use the term “gaming system” loosely.  That reluctance on my behalf to say game system is because I am a firm believer that gaming might be the thing that it does more of as an “oh yeah, we do that” than as a primary focus.

The XBox one is more of an entertainment system than it is anything else.  It integrates with my cable box, allows me to game and chat/skype/browse/watch TV at the same time and it strives to be the entertainment portal which feeds me any media that I seek to consume.

Netflix, live TV, web browsing, music, sports, and oh yeah…gaming.  It does it all.  And it recognizes my face, my preferences and pretty much everything about it.  It even knows the sound of my voice.  It truly is an entertainment portal.  It is the Hal 9000 (of 2001: A Space Odyssey fame) or maybe it is the SkyNet of the 21st century, and frankly, I don’t know how I feel about that. 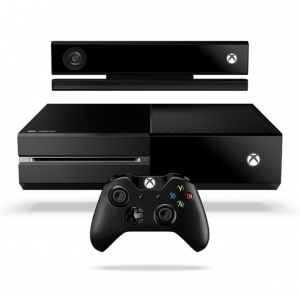 I will likely never use all of those features.  In fact, I don’t even know HOW to use them.  But it makes me think.  My car already has Siri integration.  My entertainment center knows what I like better than I do.  My coffee maker gives me exactly the right size cup of coffee because it senses the size of my cup.  My steak and chicken comes to me, on dry ice, so I don’t need to shop at the supermarket and Amazon.com delivers everything that I buy, in two days with free shipping for only 79 bucks a year. Oh yeah, if Amazon CEO Jeff Bezos is to be believed, I will start to see same-day delivery, via drone in 2014.

I don’t even need to interact with anyone.  Ever.  I can play games, with people I’ve never met who live thousands of miles away, and I never have to worry about actually meeting them.  I can even talk smack with them during a game of Madden NFL football – which I will invariably lose to a nine-year old from Cheyenne, Wyoming who has can do things with a controller that I can only dream about.  But hey, at least I have a driver’s license and I don’t live in Cheyenne (no offense to the 62,000 people who live in Cheyenne).

That leads me to the question, – When did the proliferation of communications technology into our everyday lives begin to turn us into the most non-communicative generation in human history?

Look around you right now.  See everyone on their smartphones?  How is there even any ambient conversation noise?  Nobody is talking.  They are all glued to their devices – phones, tablets, phablets, laptops, smart watches etc.  Don’t get me started on Google Glass.  My point is – we don’t even talk to one another.

It makes me not want to even be out in public enjoying my microbrew (while typing on my blog), a microbrew that I found out about while surfing Facebook on my phone (while in public), in a post from a “friend” I met online that I have never met.  In fact it makes me want to go home and play games-if I can figure out how to do it-on my XBox One.