A Story of Reinvention.  How Does A Computer…Phone…Media…Music…Movie Company Change the Game?

The lesson is…You can reinvent yourself.  And no reinvention project is greater than that of Apple.  I know, I know…Apple.  Haven’t we heard enough about Apple?  As I sit here staring at my MacBook Pro with my iPhone sitting on the table next to me as I type with my Apple watch on my wrist watching programming served up to me via Apple TV, I am certainly looking enough like an Apple fanboy to make this post seem like a sponsored activity.  But trust me, I am not receiving funding from Apple (as much as I would like to receive free merchandise from them).  I can prove this because I am currently enjoying video projected by my Samsung smart TV.  See…I am an equal opportunity consumer. 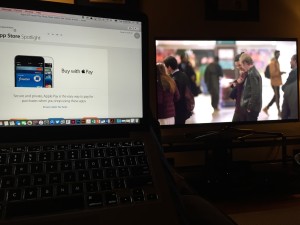 How did they change the game? As I sit here typing on my MacBook Pro while watching my Apple TV and checking my Apple iPhone…I think that sums it up.

But back to my point…there may be no greater reinvented company than Apple.  A computer company founded in 1974, Apple Computer, Inc. focused solely on computer hardware until the mid 90’s.  Then, with Steve jobs returning to Apple after being fired (let’s not even get into that reinvention story), Apple Computer launched the wildly successful Mac in 1998.

Many companies would be completely content focusing on what they do best…computers.  But not Apple.  2001 saw the computer giant jump head first into retail stores despite being told that it would never work.  Retail stores were suffering.  Brick and mortar was out.  Buying online was in.  But not if you know your customer.  Not if you provide a customer experience like no other.  So Apple did precisely that.  Focus on the customer and make your products accessible.  Focus on customer service.  Make the customer feel special.  Differentiate yourself from others in the market.  Yup…the traditional disruption story.  And it worked.  Apple was in the retail game and they succeeded wildly.

Rest on their laurels?  Nope.  Apple decided that the music industry needed reinventing.  Days of buying an entire album for three hit singles gave way to buying CD singles that ultimately gave way to buying hits, one at a time, electronically online with Apple delivering the content.  How?  iTunes.  And it reinvented the music industry.  The big players fought “upstart” Apple.  Sony, BMG, Arista, Geffen…all of them.  Their deep pockets and music industry heritage were no match for Apple.  Why?  Apple knew that the real game was getting close to their customer and what was closer to their customer than their living rooms and offices.  If you can buy music, on impulse, from your couch then what is the barrier to purchase?  No driving to the CD shop, to Best Buy or any other location.  You hear a song, you can buy it.  And it worked.

2007 saw Apple Computer drop the “computer” and become just plain old Apple.  It also saw the introduction of Apple TV and then Apple dropped a bomb…the iPhone.  What does a computer manufacturer know about music? About television? About telecommunications?  Apparently more than we know, or knew at the time.  I have had every model of iPhone since it’s introduction and I can’t remember my life without it.  I don’t even remember the days where I couldn’t surf the web, buy music, listen to music, watch videos, send email and text my friends, all from the same device. 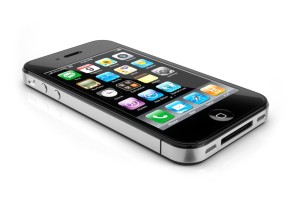 A game changer, the iPhone has become the most successful product in Apple history.

Then, in 2008 it got even better.  I could buy applications, err Apps…on my phone.  Crazy, right?  Then the iPad in 2010, then the app store in 2011.  Then when Apple couldn’t possibly succeed any more, they bought Beats from the aforementioned (read above) Dr. Dre and music mogul Jimmy Iovine.   Commercial campaigns with LeBron James, World Cup stars and every other cool athlete on the planet turned the ultimate utilitarian device…headphones…into something cool.

2015 saw the Apple watch and Apple music.  Two more reinventions for that “small little upstart computer company from Cupertino”.  So…to make a long story even longer…you CAN reinvent yourself.  Don’t forget to dance with the girl who brought you but make sure not to turn a blind eye to possible self improvement.  No matter how well you are doing.  No matter how successful you have become.  There is always room to change the game.  So maybe you want to take that next step in your career.  Maybe you want to start a fitness routine on the road to self-improvement.  Maybe you just want to change your lifestyle to spend more time with the kids.  Just remember, it’s not out of reach.  It’s not impossible.  Need proof?  Look at the iPhone you are clutching in your hand.  That beauty is made by Apple, the little computer company from Northern California that was never going to amount to anything and has now become inseparable from our everyday lives.  Yup.  It can all change in an instant.  Don’t be afraid to reinvent yourself.  It can lead to greatness.

© 2015 All Rights Reserved, designed by TeoThemes