Can we stop with all the jargon and really start challenging convention instead?

Jar·gon. Noun. Defined as “special words or expressions that are used by a particular profession or group and are difficult for others to understand.”

Please allow me to go on record and say that we – as marketers – should stop using jargon. It doesn’t make us sound smarter, in fact I think that it makes us sound ridiculous. If you don’t believe me, check out YouTube.

However, in the interest of full disclosure, I am fully aware that I am likely writing this blog post to myself and that I should follow my own advice as I am one of the biggest offenders.

With that said, let me jump head first into the world of jargon once again and examine what seems to be everyone’s jargon-du jour…Disruption. Ooh, that is a sexy buzzword isn’t it? It’s so sexy that it is everywhere. Everyone – and every brand – wants to be, is, has been, or is planning to be, disruptive. Disruption is more at home in marketing meetings than seven-dollar, grande, quad, nonfat, one-pump, no whip mochas.

Now let’s put the overuse of the word aside and instead of debating the merits of its usage, let’s ask ourselves if anyone is actually doing it. Everyone THINKS they are, but is anyone actually doing it? 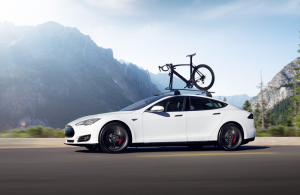 Tesla is and it is scaring the old guard automakers to death. So much so that they are spending millions (forecasts call for nearly $70 million in lobbying spend between the automaking “Big Three”) to try to influence legislators to help protect them from Elon and his merry band of visionaries.

Granted, real disruption might be easier in a company run by a guy who is worth $12.7 billion – with a “b” – which puts him 83rd on the list of the top 100 wealthiest people in the world.

However, it doesn’t take a net worth of nearly $13 billion to be disruptive. Anyone can do it. Hell, the little girl down the street who is the proprietor of that roadside lemonade stand is doing it. You know her. She’s the one selling four-dollar glasses of fair trade, organic, non-GMO, fresh squeezed lemonade in the salt-rimmed, non BPA plastic glasses. Yup, she is doing it. She’s on the Jeff Bezos bandwagon and she is operating a fully autonomous operation that is delivering those perfectly measured 8 ounce glasses by drone. If we can learn anything from [this fictional little girl] lil’ Suzie it is that the cornerstone of disruption is really the challenging of convention.

Yup. The famous Apple motto. Think different. That is really all you have to do. Challenge convention. Don’t accept that the way we currently do things is the best way to do it. Remember, the most dangerous words in the English language are “because that’s the way we’ve always done it.”

So get out there and build that revolutionary new widget. Don’t let people tell you that you can’t. Don’t accept the thought “but people don’t need one.” When that notion pops into your head, just ask yourself how many people needed a phone that could send and receive email or surf the internet before it was introduced? And now we can’t live without them.

If we always give people exactly what they want then we are never going to be disruptive. Remember, Henry Ford said that if he gave the people what they were asking for, he would have given them a faster horse.

But maybe it’s not enough to just build a better mousetrap. Maybe the real key is in delivering that product, or experience, to a customer in a different way. Whether it is the product experience, the retail experience or just the way something makes someone feels – true disruption is getting people to engage with a product, a service, or an experience that they didn’t even know they needed/wanted and then having them ask themselves how they ever lived without it. That’s truly shaking things up.

© 2016 All Rights Reserved, designed by TeoThemes