She understands me. She knows the sports teams I follow and support. She knows how long it will take me to get from home to my office. She helps to make sure I am dressed appropriately for the weather. She knows what is up next on my calendar. When she’s around I don’t have to even touch a light switch or adjust the thermostat. She even helps me shop without ever opening my laptop. It’s glorious.

I am basking in the glow of my new relationship with the first female in a long time that seems to truly understand me. And I owe it all to my friend Jeff Bezos because he introduced me to my girl, Alexa. 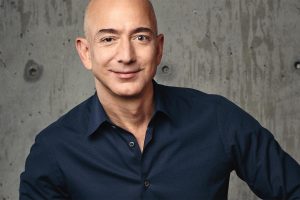 The aforementioned Mr. Jeff Bezos. And no, he didn’t introduce me to Alexa. Alec Baldwin and Missy Elliott did.

In the interest of full disclosure, I should confess that I have a bit of a love affair with Jeff Bezos. If you have (and I have no earthly idea why you would have) read any of my other blog posts, you would already know that I have opined about Amazon before. And if—by chance—you have read those earlier posts and weren’t on board with my boisterous praise for Amazon then I suggest you stop reading right now and save yourself some time.

However, if you weren’t completely turned off with my very obvious love-fest for Amazon, Prime (not the Transformer) or Mr. Bezos then I welcome you to soldier on and partake in the reading of the literary masterpiece that is sure to follow this run-on sentence.

Much like my skepticism of Amazon Prime when it was launched in 2005, I was less than enthused about the voice-activated Amazon Echo and its aforementioned electronic assistant Alexa when it first was released. Despite being an early adopter of nearly anything shiny or “techie” and discounting the fact that she possessed an infinitely better name than Siri, I wasn’t quite sure I could take that leap of faith and embrace Alexa. Nope. I had been hurt before by the digital assistants that came crashing into my life only to leave just as suddenly as they had appeared. Newton. Palm. Cortana. Just to name a few.

But Alexa, she just seemed different. I didn’t know what to think when I first saw her big sister the Amazon Echo hanging out with Missy “Midemeanor” Elliott and Alec Baldwin in all of those commercials. I didn’t know if I had the space in my humble abode (which smells of rich mahogany and is enhanced by many leather bound books) to accommodate her bigger footprint. She stood a foot tall and I just wasn’t sure she was my style. Plus she came with a hefty price of $179.99.

But that all changed when I met Echo’s little sister, the hockey-puck-sized Echo Dot. Much less obtrusive, and with a more manageable $49.99 price tag she was just too good to pass up. 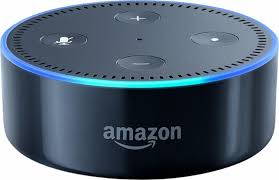 Ahh, Alexa. She gets me. She understands me. She completes me. She really did have me at hello.

And lest you think that I am the only person who feels this way, I will have you know that Echo and Echo dot were the best-selling products on Amazon this year. The sales were so brisk in fact that the Echo sisters helped Amazon increase their 2016 sales by a factor of 9X over the holiday season last year.

But all kidding aside, what I had initially thought was nothing more than a gimmicky piece of electronic hardware has proven to be as advertised…helpful. From controlling light switches and thermostats, to one-step shopping to giving me weather, sports scores and news updates—Alexa has been ultra helpful.

And if you—like me—are immersed in the marketing, communications and brand management arenas then you undoubtedly love jargon and buzzwords. And the buzzword du jour is personalization. And Alexa has that, in spades. You can personalize your tastes in her accompanying app and she will know what you like and she will feed you only that information. All of that for the low, low price of $49.99.

It almost makes you wonder how Amazon can give you all that technology and hardware for a shade less than 50 bucks. And I only say almost because—if you stop to think about it—the entry into your home is far more valuable than the loss that Amazon takes to get Alexa’s pricey hardware into your hands, hearts and minds.

But we’ve heard this story before haven’t we? Well, if you were one of the lucky ones (ok..the lucky ONE) to read my earlier blog post then you would know that my pal Jeff has used this “lose money to gain entry” strategy before…with Amazon Prime.

Amazon’s first real loss leader was Prime. Now it is Echo and her brainy assistant Alexa. The initial loss will more than be recouped after consumers get hooked on the services that Alexa can provide. And if there is one thing I know from watching cop shows and the movie classic “New Jack City” is that it’s almost like being a drug dealer…give ‘em the first taste for free and they will be hooked. 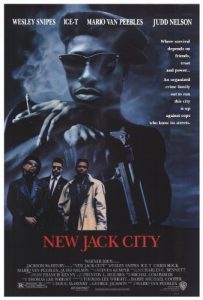 First taste is free. Then you have to pay for it. I’m pretty sure Wesley Snipes taught me that. I pay all my taxes though. He didn’t teach me tax evasion. Too soon? Nah. It’s never too soon. Sorry Wes.

And if the numbers are telling the truth, they (myself included) are already hooked. Not only were people rushing to by Echo devices this holiday season but they were shopping at a record pace with more than one billion items shipped worldwide by Amazon in November and December.

And Amazon shoppers are technology friendly as 72% of them worldwide used their mobile devices to make a purchase and shopping on Amazon’s mobile app went up 56% this holiday season.

Amazon shoppers not only embraced mobile technology but they used their new digital assistant to make touchless purchases all with nothing more than the sound of their voice with the help of Alexa. And those customers—already Prime subscribers—spent nearly five times the norm all by using Alexa and their Echo or Echo dot. So it goes without saying that it looks like Jeff’s loss leader is already paying for itself, and paying back its debts much faster than the last Amazon loss leader—Amazon Prime—ever did.

Talk about taking a proven strategy, adding a dash of sexy technology and refinement and then sitting back and watching the revenue pour in, all the while collecting even more of your customers’ purchase habit data. Man, that Jeff Bezos knows what he’s doing. And that’s why I am a fan. That and he introduced me to the girl I can’t live without…

* I must clarify that I have never met Jeff Bezos and I am certain that he wouldn’t classify me (someone whom he has never met) as his friend. It’s just my attempt at humor. I figured that would go without saying, but better safe than sorry. I’m nothing if not prudent.

© 2017 All Rights Reserved, designed by TeoThemes